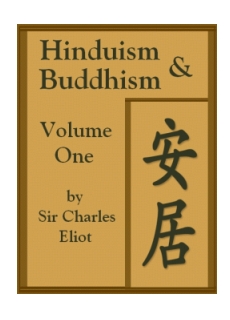 For the reality of Indian influence in Asia—from Japan to the frontiers of Persia, from Manchuria to Java, from Burma to Mongolia—is undoubted and the influence is one. You cannot separate Hinduism from Buddhism, for without it Hinduism could not have assumed its medieval shape and some forms of Buddhism, such as Lamaism, countenance Brahmanic deities and ceremonies, while in Java and Camboja the two religions were avowedly combined and declared to be the same. Neither is it convenient to separate the fortunes of Buddhism and Hinduism outside India from their history within it, for although the importance of Buddhism depends largely on its foreign conquests, the forms which it assumed in its new territories can be understood only by reference to the religious condition of India at the periods when successive missions were despatched.

This book then is an attempt to give a sketch of Indian thought or Indian religion—for the two terms are nearly equivalent in extent—and of its history and influence in Asia. But what are Hinduism and Buddhism? What do they teach about gods and men and the destinies of the soul? The deepest conviction of Hindus in all ages is that salvation and happiness are attainable by knowledge.

One doctrine is commonly known as metempsychosis, the transmigration of souls or reincarnation, the last name being the most correct. In detail the doctrine assumes various forms since different views are held about the relation of soul to body. But the essence of all is the same, namely that a life does not begin at birth or end at death but is a link in an infinite series of lives, each of which is conditioned and determined by the acts done in previous existences (karma). Animal, human and divine (or at least angelic) existences may all be links in the chain….”