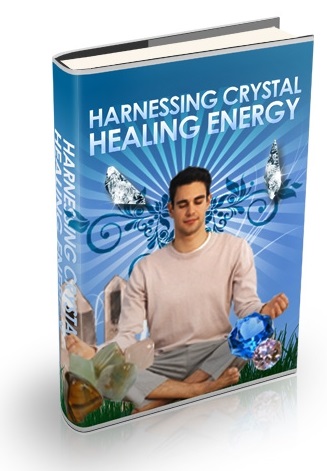 Crystals have been used since ancient civilization for their healing and metaphysical properties. There is archeological evidence that early man used crystals as part of their metaphysical belief systems at that time. In terms of using crystals for metaphysical or for spiritual / healing purposes, it is the crystalline atomic structures combined with the chemical composition of the crystal that is believed to emit electro magnetic energy. It is this energy that gives the crystal its “healing” power. The healing can be spiritual and/or physical through the healing of the spiritual.

As “healing stones” crystals come from “Mother Earth”, which is a source of spirituality for many belief systems. Crystals are mainly created from the “magma or earth’s inner-core”. The crystals that one buys to use for their own healing or spiritual purposes have undergone naturally a geological process of heating, cooling and displacement to become what we know as a Crystal. The actual energy field of a crystal is influenced by its geometric form, color and subtle vibration. Each crystal is made up of a tiny, minute crystal structure that emits energy, frequency or vibration, due to its constant atomic movement. The density of the crystal, as is the radiating of light through the crystal, also plays a part in its spiritual and healing characteristics, as well as its color.

Since early times, man and crystals have had a symbiotic connection. There is evidence of this connection documented since the fourth millennium before Christ. Ancient civilizations, such as the Chinese, Egyptians, Sumerians, Greeks, Romans, or Shamans and Medicine Men, have used gemstones for healing in multiple ways – made into powders or elixirs, worn, carried or placed on the body and in ceremonies or rituals. This ancient knowledge has been passed down to our day and with the emerging popularity of holistic health and healing. The use of gemstones is again making its way into modern life.

All matter on the planet, from sub-atomic to physical to higher vibrational bodies, contain some form of dynamic energy. All crystals have minute crystals that vibrate and radiate energy. This is because the atoms are in constant motion and vibrate so they emit an energy frequency. With this in mind, just as we are affected by our environment and what we do in it, so are crystals. Just as what we eat, the weather and the colors we wear affect us, they also affect crystal vibrations when we touch or use them. They both absorb and give off energy with contact from us. So, the amount of light, both absorbed and given off from a crystal, is also important in its metaphysical properties in healing. The color and property of the crystal resonate with the human body’s energy system causing an effect, based on the characteristic that is unique to healing for that crystal. They can harmonize both the person and their environment when used correctly.

Crystal healing also called crystal therapy is called “vibrational medicine”. What that means is it falls under a category of a wide variety of alternative and natural or holistic healing systems. These systems also incorporate spiritual and metaphysical components into the healing process. Vibrational medicine incorporates the use of life forces which is also called “Qi or Prana” and tries to create balance and harmony within the person and within their environment to promote a healthy state of being. Vibrational medicine’s premises illness and disharmony is due largely to some form of imbalance which hampers the flow of life-force. When we have blockages, either in our bodies, minds, spirits or environments, we are not in balance with life-force. This is the breeding ground for things like illnesses of the body, mind and spirit or in one’s environment. Crystals are a remedy to many of these problems.

This 62-page illustrated ebook is an introduction to the world of crystals and the vast possibilities that crystals have when used correctly in our lives.