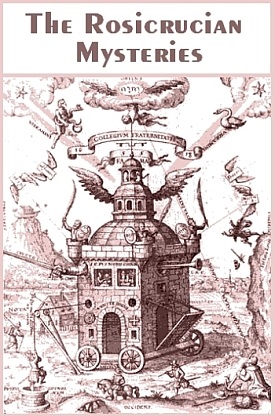 The Rosicrucians hold that man is a spirit enfolding all the powers of God as the seed enfolds the plant, and that these powers are being slowly unfolded by a series of existences in a gradually improving earthy body; also that this process of development has been performed under the guidance of exalted beings who are yet ordering our steps, though in a decreasing measure, as we gradually acquire intellect and will. These exalted Beings, though unseen to the physical eyes, are nevertheless potent factors in all affairs of life, and give to the various groups of humanity lessons which will most efficiently promote the growth of their spiritual powers. In fact, the earth may be likened to a vast training school in which there are pupils of varying age and ability as we find it in one of our own schools.

It is a law in the universe that a wave of spiritual awakening is always followed by a period of doubting materialism, each phase is necessary in order that the spirit may receive equal development of heart and intellect without being carried too far in either direction. The Great Beings aforementioned, Who care for our progress, always take steps to safeguard humanity against that danger, and when they foresaw the wave of materialism which commenced in the sixteenth century with the birth of our modern Science, they took steps to protect the West as they had formerly safeguarded the East against the Sceptics who were held in check by the Mystery schools.

In the thirteenth century there appeared in central Europe a great spiritual teacher whose symbolical name was Christian Rosenkreuz or Christian Rose Cross who founded the mysterious Order of the Rosy Cross — it is the Mystery school of the West and is only open to those who have attained the stage of spiritual unfoldment necessary to be initiated in its secrets concerning the Science of Life and Being.