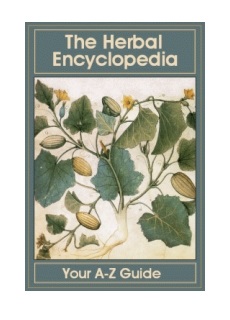 Since the days of the Anglo-Saxons remedies have been chiefly herbal; insomuch that the word “drug” came originally from their verb drigan, to dry, as applied to medicinal plants. These primitive Simplers were guided in their choice of herbs partly by watching animals who sought them out for self-cure, and partly by discovering for themselves the sensible properties of the plants as revealed by their odor and taste; also by their supposed resemblance to those diseases which nature meant them to heal.

Animals were watched closely. For example, it was noticed that the dog, if ill, would seek certain grasses; sheep and cows, when ill, would devour curative plants; an animal suffering from rheumatism would remain as much as it could in the sunshine; and creatures infested by parasites would roll themselves frequently in the dust. Animals instinctively know how to help themselves. Practitioners of the healing art were once known as “green men,” who carried with them their portable apparatus for distilling essences, and for preparing their herbal extracts.

This 595-page ebook is your handy guide to healing herbs from A to Z, a guide that seeks to justify herbal uses on the sound basis of accurate chemical analysis, and precise elementary research. This study and practice of curative herbs may now fairly take rank as an exact science, and may command the full confidence of the sick for supplying trustworthy aid in their times of bodily need — at last vindicated the infinite superiority felt instinctively by our forefathers of home-grown herbs over foreign and far-fetched drugs.